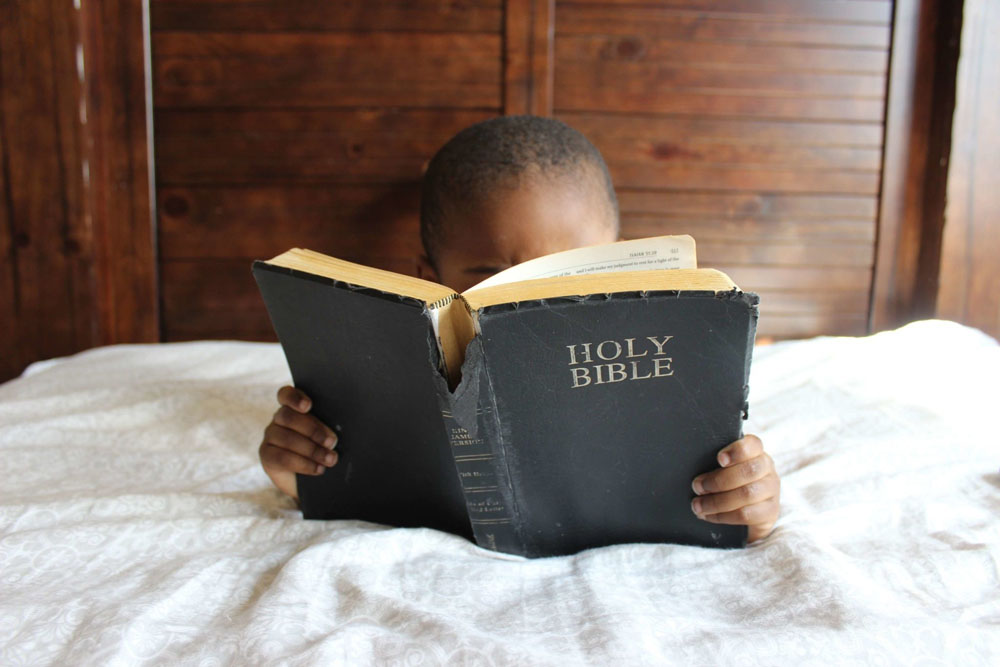 Today’s beautiful devotional was graciously contributed by a member of our church family. It challenges us to stand firm in the integrity of our faith in Jesus Christ in our modern world of “alternative facts,” and points out that this concept is not new – it existed even 2,000 years ago. As always, please know that you are loved, you are missed, and I long to see you soon!

“There is one body and one Spirit, just as you were called to one hope when you were called; one Lord, one faith, one baptism; one God and Father of all, who is over all and through all and in all.” Ephesians 4:4-6 (NIV)

In 2017, a new term was coined: “alternative facts.” Some brushed it off as laughable partisan gaslighting. For others, this brain twister settled in and they realized just what a profound concept it could be. Now, when one opens a news app or media newsfeed, it is difficult to deny that the person who coined this term was onto something. There are so many versions of the same news story that one wonders if they are talking about the same situation. But this may be the enigmatic riddle of the 21st century. Though masked behind a playful facade, “alternative facts” may describe the sinister truth about the power that grips this world. As its meaning continues to unfurl in the years ahead, it will grow evermore pertinent regarding our faith in Jesus Christ.

Though the term was only coined in 2017, the relevance of “alternative facts” appeared in the Gospel accounts two thousand years ago. You are encouraged to read the book of Luke, chapters 3 and 4, where much like news stories today, there are different witness accounts of the same incident as people try to establish the facts within the scope of their own expectations.

Luke and Acts read like a series of eyewitness accounts in a court of law concerned with the facts. Accounts from different witnesses, each with their own perspectives and motives, stand before the jury to testify as to whether or not Jesus Christ is the Son of God and Messiah. Luke and Acts don’t present the argument from just one side. There are accounts that argue for – and against – the Messiahship of Jesus. Consider one account where the religious leaders are against Jesus after Peter and John perform a miracle in His name, enabling a handicapped man to walk:

“What shall we do with these men? For the fact that a noteworthy miracle has taken place through them is apparent to all who live in Jerusalem, and we cannot deny it. But so that it will not spread any further among the people, let us warn them to speak no longer to any man in [Jesus’] name.”  (Acts 4:16-17)

The “facts” are very different for each of the characters: The handicapped man mistakenly believed that Peter’s and John’s aid would be monetary; the bystanders mistakenly believed that the miracle should be attributed to Peter and John, causing Peter and John to rebuke them. The religious leaders sought to discredit the entire incident because it didn’t align with their own expectations. When the Holy Spirit moved in Jesus’ name, a battle of “facts” ensued. The Spirit stirred in a way that no one expected, and it caused a crisis on many levels—from a personal faith crisis to a political crisis. Everyone around the incident had to adjust their perception.

The same thing happens when the Holy Spirit moves today. Some will immediately perceive the movement of the Spirit, some will need guidance to see it, and some will miss the Spirit’s moving altogether, forcing the facts to fit their expectations. We all carry with us our own “facts,” driven by our own expectations, hopes, and desires. Though these are not intrinsically bad, they can cause us to falter from recognizing Jesus, God’s will, and the Spirit’s active and continual work among us.

In the Gospels and in Acts, God moved in unexpected ways. When this happens, the situation gets disrupted and people are not comfortable. It is a challenge when we keep falling back into the pattern of exhorting God to accomplish what we expect in accordance with our own “facts,”  which may not be according to God’s will, causing us to miss how the Spirit is working around us.

This week, let us be encouraged to ask God to help us set aside our own expectations that cause all forms of “alternative faith.” Let us pursue the faith that puts all our trust in Jesus’ name, in God’s will, and in the moving of the Holy Spirit. We can do this by asking ourselves, “How am I imposing my expectations on God? Where can I recognize the Spirit’s movement? And how can I surrender to and follow the Spirit’s moving, rather than relying on my own “alternative facts.”