What Believers Ought to be Doing Today, part 1 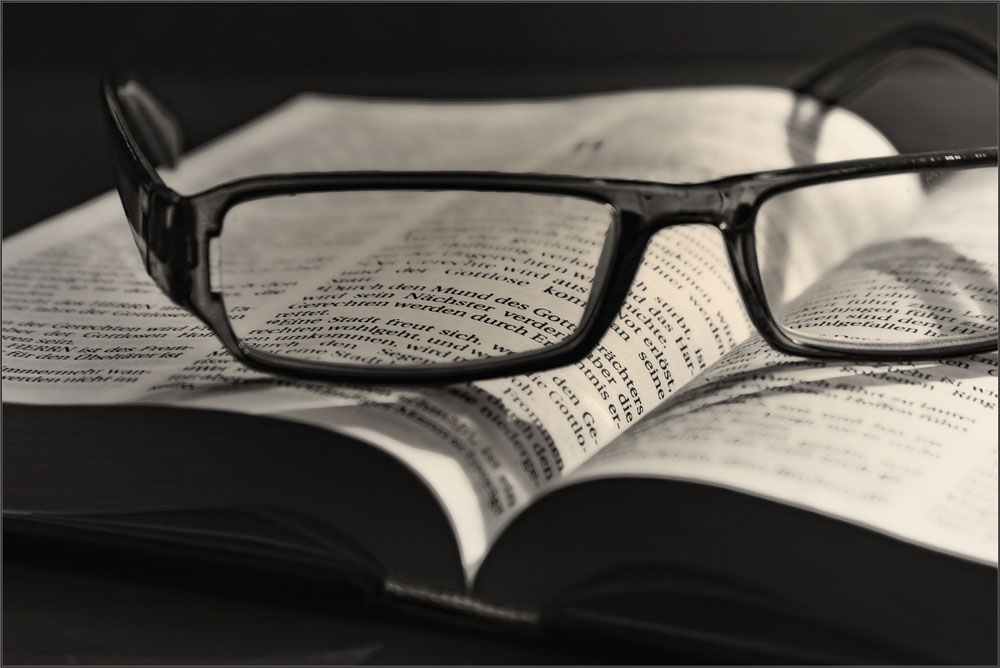 This devotional is the first in a series I have entitled, “What Believers Ought to be Doing Today.” By heeding its message, your powers of discernment will be sharpened.

“About this we have much to say, and it is hard to explain, since you have become dull of hearing…You need milk, not solid food, for everyone who lives on milk is unskilled in the word of righteousness, since he is a child. But solid food is for the mature, for those who have their powers of discernment trained by constant practice to distinguish good from evil.” Hebrews 5:11-14 NKJV

Webster’s Dictionary defines “discernment” as “the quality of being able to grasp and comprehend what is obscure.” This quality is what today’s text from the book of Hebrews tells us is God’s gift to the believer who digs deeper into the truth of God’s Word – consuming the “solid food” in it and not just the “child’s milk” in it.

Consuming the “solid food” of God’s Word is the means by which God opens our eyes to see what is really going on around us. Modern academics and the liberal media keep leading us to believe that “truth is subjective” and “there are no moral absolutes.” But they are wrong about this. Their diabolical error has created an amoral society where multitudes, especially the youth, are walking around confused – not just about what is right or wrong, good or bad, but who they themselves are. Without a moral compass, we cannot find our own way.

Today’s Scripture from Hebrews 5:11-14 speaks of a tragic fact: The readers had become “dull of hearing” so that it was very difficult for the preacher, the pastor, the teacher to explain the deeper things of God that would nourish their souls to make them stronger and wiser in a confusing, fallen world. This tragedy is even more apparent today, and the facts speak for themselves: Depression, anxiety, drug abuse, violent crimes, and suicide are at an all-time high.

But there is hope! And regardless of modern academia’s opinion, there is a correct answer! The Apostle Paul’s prayer was for all believers to have the wisdom and knowledge of God that supercedes the world’s rhetoric and hopeless trajectory, brought on as a result of its cacophony of voices offering confusing opinions – all purporting to be wise, enlightened, inclusive, etc., when in fact, they are less nourishing than even “baby’s milk.”

“Oh, the depth of the riches both of the wisdom and knowledge of God!” (Romans 11:33) “For this reason I bow my knees to the Father of our Lord Jesus Christ, from whom the whole family in heaven and earth is named, that He would grant you, according to the riches of His glory, to be strengthened with might through His Spirit in the inner man, that Christ may dwell in your hearts through faith; that you, being rooted and grounded in love, may be able to comprehend with all the saints what is the width and length and depth and height— to know the love of Christ which passes knowledge; that you may be filled with all the fullness of God. Now to Him who is able to do exceedingly abundantly above all that we ask or think, according to the power that works in us, to Him be glory in the church by Christ Jesus to all generations, forever and ever. Amen.” (Ephesians 3:14-21)

I hope that you will also bow your knees to the Father of our Lord Jesus Christ and pray a similar prayer for this generation.

Recently, I have been perusing my mother’s and dad’s old, worn-out Holy Bibles. One need not look beyond the outer covers to see how “used” they were. Inside, the pages are falling out in many sections due to being opened and closed so often. Besides the holy writ contained in the text of the Holy Bible itself, my mother’s and dad’s underlining and side notes – in their own beautiful and unique handwriting – has been like finding buried treasure. How wonderful to see – many years later – what verses of Scripture stood out to them, encouraged them, increased their faith, and gave them power to discern and distinguish between good and evil. (I am eternally grateful that they searched the depths of God’s Word and wisdom for themselves and made personal note of them in a Holy Bible. This treasure would have been lost had they typed their notes into a long-dead, unholy digital device.)

BELIEVERS TODAY OUGHT TO BE STUDYING, MARKING, and UNDERLINING VERSES IN THEIR HOLY BIBLES. The writer of Hebrews tells us that the believer’s “powers of discernment,” and hence, his or her ability to distinguish between good and evil, (i.e. not be fooled) can only be developed by training and constant practice in the “meat” (the harder-to-digest content) of God’s holy Word.

By desiring the harder-to-digest meat of God’s Word, your powers of discernment and the ability to distinguish between good and evil will be sharpened. That is a gift that is needed more today than ever before.