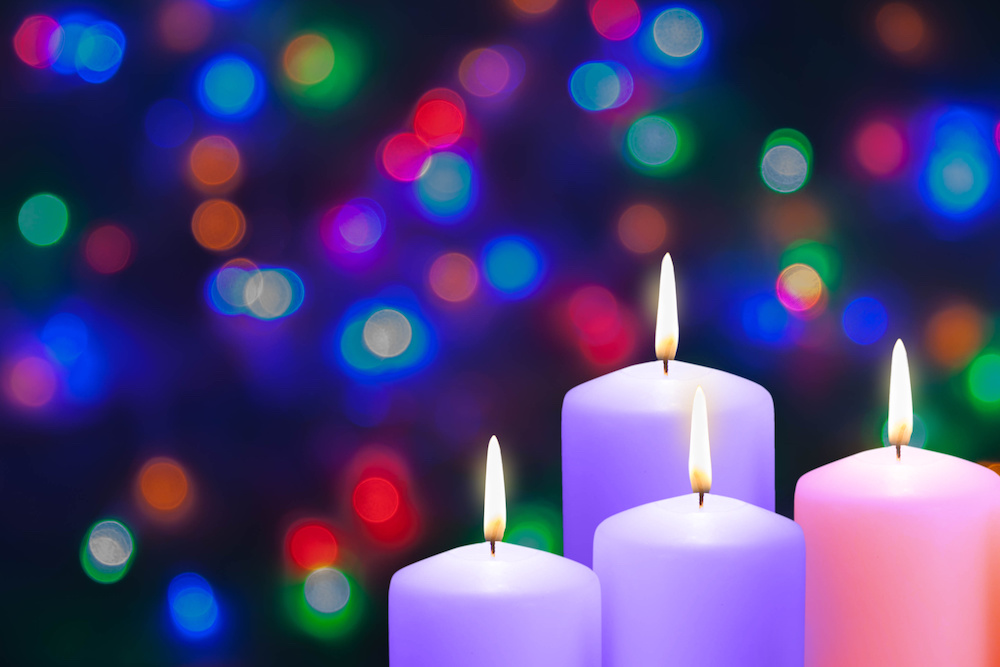 As we are in the season of Advent, may today’s devotional encourage you to ponder and claim the peace of Christ Jesus for yourself, even amidst the world’s chaos.

“Glory to God in the highest, and on earth peace, good will toward men.” Luke 2:14 (King James Version)

“Glory to God in the highest heaven, and on earth peace among those whom He favors!” Luke 2:14 (New Revised Standard Version)

Advent and the “Peace on Earth” that Jesus Brings

Perhaps you noticed that today’s devotional Scriptures are both the same verse, i.e., Luke 2:14. However, the first is from the King James Version and the second is from the New Revised Standard Version. Notice the difference: The KJV says, “on earth peace,” and then it says, “good will toward men.” The NRSV, on the other hand, translates it, “and on earth peace among those whom He [God] favors.” Why the difference? Because the translators from the Greek New Testament into the KJV chose to attribute the Greek word for “peace,” (eirene), to the noun, “earth,” rather than to the “people of good will or good favor,” (anthropois eudokias). It was the translators’ judgment call as to which noun the word “peace” should be attributed.

Knowing this is important because it answers the question of critics who argue that the promise of “peace on earth” once the Baby Jesus arrived was obviously false. They ask, “When has there ever been peace on earth since Jesus’ came?”

Of course, we can rightfully place this “peace on earth” in the future when Jesus will finally bring eternal peace to “the new heaven and new earth” (Revelation 21:1). But most people want to know where the peace of Christ is now. By properly translating this verse from the original Greek, we see that the First Advent of Jesus was not a promise of immediate “peace on earth,” but it was a promise of peace to the anthropois eudokias, the “favored people of good will.” The ones whom God favors are those who put their implicit trust in Him every day, regardless of how bad things look around them.

Scripture tells us: “Let the peace of Christ rule in your hearts…Let the word of Christ dwell in you richly…singing psalms and hymns and spiritual songs, with thankfulness in your hearts to God. And whatever you do, in word or deed, do everything in the name of the Lord Jesus, giving thanks to God the Father through him.” (Colossians 3:15-17)

Deeply pondering the commands in this verse, are we letting His peace rule in our hearts, even if we do not see it in the entire world currently? Are we letting His word dwell in us richly by studying it on our own? While not singing together in this time of spiritual darkness, are we singing a song in our own hearts anyway? During this season of doing good things for others and giving, are we praying about ways to do all that we do in the name of the Lord? Are we thankful for what we do have?

Zacharias called Jesus the “Sunrise” because His coming was the way out of spiritual darkness and into bright hope. May the same comfort given to those at Jesus’ First Advent be yours today and may the promise of His Second Advent give you hope for the future with great expectation.