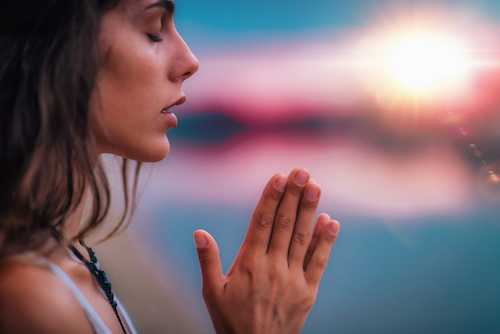 “He could do no miracle there except that He laid His hands on a few sick people and healed them. And He wondered at their unbelief.” Mark 6:1, 5-6

In the previous chapter, Jesus set a man free who was so spiritually bound and tormented that he cut himself while dwelling among tombs; He healed a woman with incurable bleeding for twelve years; and He brought a man’s daughter who had just died back to life.

He then went back to His hometown and the scene changed drastically. His wisdom and power were being displayed openly as He taught in His home synagogue. The people were in awe, especially since they had known Him and His family ever since He was a boy. They were “astonished” at what they were hearing and seeing. Yet ultimately, “they took offense at Him” and chose not to put their personal faith and trust in Him.

Now it was Jesus’ turn to be astonished. “He wondered at their unbelief,” marveling at just how closed off they were to the blessing of His presence and power. And because of their unbelief, Jesus “could do no miracle there,” except for a few physical healings. This is not to say that Jesus Himself was rendered powerless by their unbelief. Rather, it was their doubt and unbelief that prevented His power from touching and affecting them.

It was a flawed attitude that prevented Jesus’ miracles from being implemented on their behalf:

They were astonished by Him. Yet, they were not willing to put their trust in Him for the long-haul. I am afraid that modern-day people have become too much like those in Jesus’ hometown of Nazareth – so distracted by things with no eternal value that they are missing out on the blessing of Jesus’ presence and miracles. This is the real reason it has become acceptable to consider corporate worship no longer necessary; to go without partaking in holy communion; and to actually prefer not spending time with fellow believers. “There will be no miracles, so there is no use in going.”

Because the whole earth is now preoccupied with pestilence, (which Scripture says is inevitable before Jesus’ return), many are now beset by a faulty mindset, focusing on everything and everyone but Jesus Himself, leading to doubt, unbelief, and ultimately – fear. Unbelief has prevented the experiencing of miracles, which in turn has further convinced their human logic of the absurdity of believing in miracles. Spiritually speaking, it is a circular and downward spiral.

“Be sober, be vigilant; because your adversary the devil walks about like a roaring lion, seeking whom he may devour.” 1 Peter 5:8

Your Adversary wants to destroy your belief in Jesus’ power to do miracles. Even then, he will not be satisfied until he has erased your memory of past miracles (even the small ones) you have seen. Change your mind and believe the Gospel. You will once again experience the miracle of Jesus’ power and grace in your life.