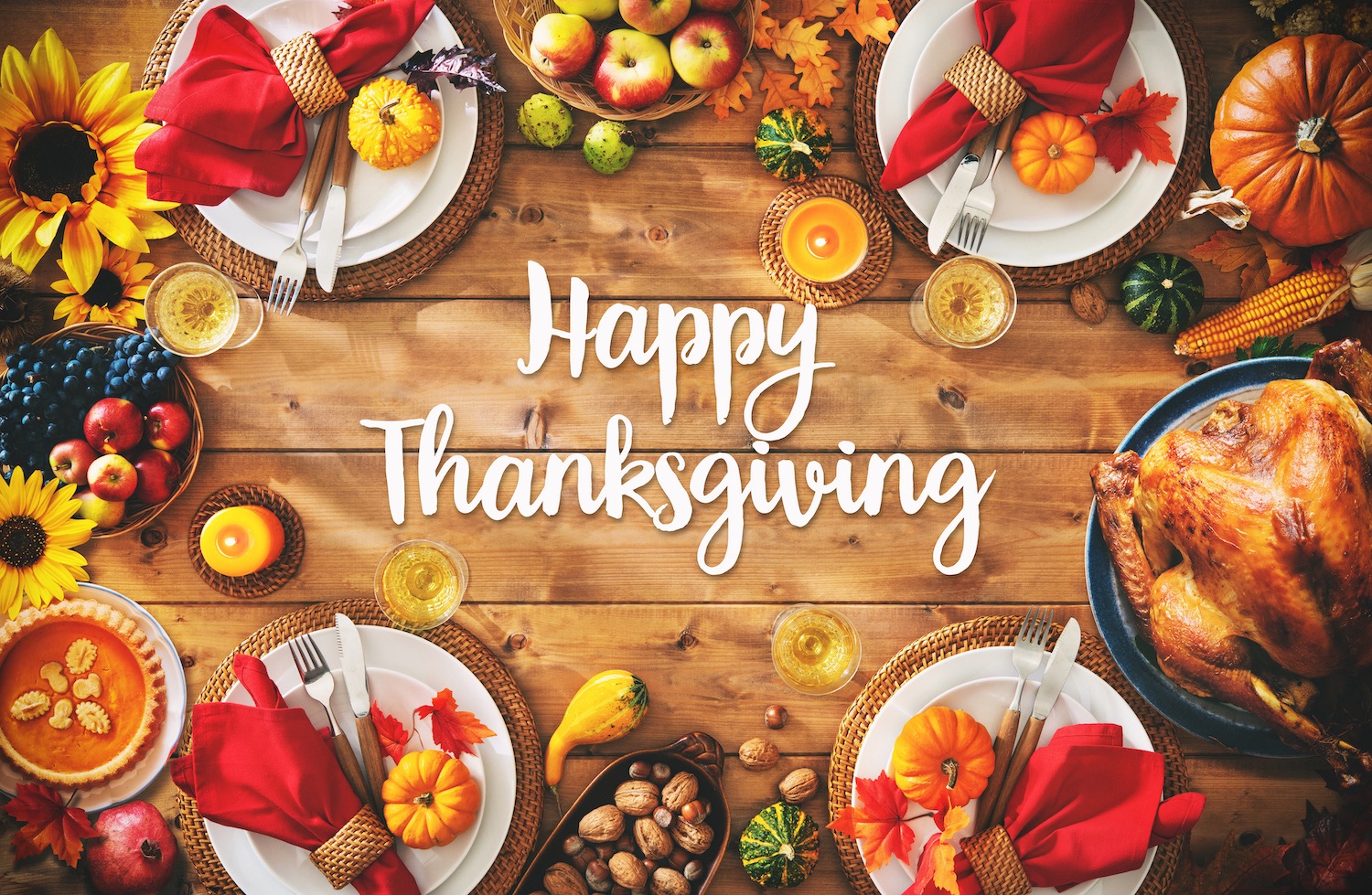 I hope that today’s devotional will serve as a reminder that although we are in the most challenging of times, there is still much for which to be thankful. I wish you and yours a very blessed and peaceful Thanksgiving.

“But I am poor and sorrowful; Let Your salvation, O God, set me up on high. I will praise the name of God with a song and will magnify Him with thanksgiving…The humble shall see this and be glad; And you who seek God, your hearts shall live.” Psalm 69:29-32

Years ago when I worked in retail, every Saturday morning, a woman in a motorized wheelchair with a colorful flag attached to it would fly by my store at a tremendous speed – all the while with a big smile on her face. I would wave at her each time, and one day, she stopped and said with a loud, vivacious voice, “HI!”

I learned that she had been unable to move her limbs since childbirth. The victim of a botched delivery, she lived with cerebral palsy. Only her body was affected. Her mind was as sharp as a tack. She was smart and very witty with a great sense of humor. Best of all, she was filled with a joy in the Lord that often put me to shame.

This woman became one of the best friends I ever had. We began speaking on the phone and her story began to unfold. Having CP, both her family and neighbors treated her as though she was “slow” and incapable of learning. In their hearts, they must have known that this was pure fear and ignorance, for although her mother and father had both eventually died, she continued to live in their homestead (which was in much need of repair) by herself. Worst of all, her siblings did not want their children to be near her, as if they might “catch” her “disease.”

So God led her to the only place she would find friends that cared: to church. And she used the Access transit system to get there Sunday mornings, Sunday evenings, and to midweek Bible studies. The rest of the week, all she did was listen to her vast library of worship music on cassette tapes. One day, she brought me one (which I still have, over 30 years later), and on it was her favorite song of worship: “Give Thanks with a Grateful Heart” by Hosanna! Praise, led by Don Moen. She told me that she listened to this song every single day!

The fruit of her thankfulness was a faith in God that made her feel as though she had it all. As to her inability to move her arms and legs: “Someday when Jesus takes me home, I will be able to run down streets of gold!” As to the condition of her old, dilapidated house: “Someday I’ll have a mansion in Heaven.” As to the way people treated her: “Someday they’ll find out that they were wrong.”

She lived her life according to the Psalms. Each day, she entered His gates with thanksgiving in her heart, she entered His courts with praise. And as we saw in today’s Scripture text, although she was perceived as “poor and sorrowful,” the SALVATION that she received as a gift from the Lord Jesus Christ set her on high. She praised the name of God with a song and she magnified Him with thanksgiving. Others – the ones who were humble – saw this and were glad. She taught them that it is an attitude of gratitude that gives us the power to overcome, and it comes to fruition in our worship of thanksgiving.  She believed the psalmist who proclaimed, “And you who seek God, your hearts shall live.” Psalm 69:32